ShanghaiRanking Consultancy is proudly introducing the Global Ranking of Academic Subjects (GRAS) 2022, representing the most comprehensive and objective ranking of world universities by subjects. This year league table contains rankings of universities in 54 subjects across Natural Sciences, Engineering, Life Sciences, Medical Sciences, and Social Sciences. More than 1,800 out of 5,000 universities across 96 countries and regions are finally listed in the rankings. 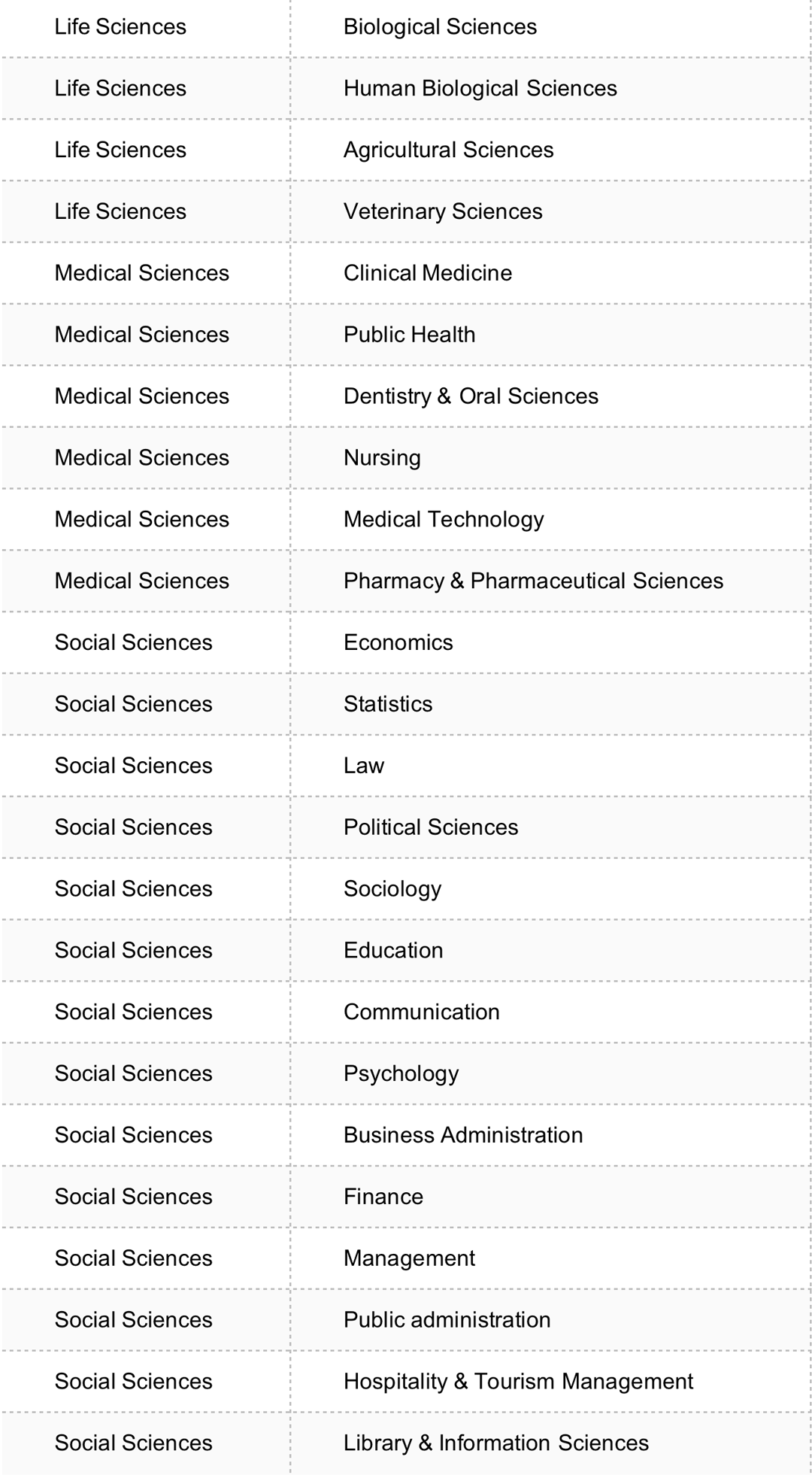 The Top One Universities in 54 Subject Rankings

The Rankings use a range of objective academic indicators and third-party data to measure the performance of world universities in relevant subjects, including international academic awards, top academic achievements, research quality, and international collaboration. In GRAS 2022, the index of international academic awards is based on Academic Excellence Survey (AES) conducted by ShanghaiRanking. Until March 2022, 1424 professors from top world universities have participated in the survey. They are from 110 universities and 18 countries/regions, covering 64 subjects. Their responses have revealed 180 top journals in 52 subjects, 36 top awards in 29 subjects, and 31 top conferences for Computer Science & Engineering. We want to express our great gratitude to the scholars who have completed the survey for their significant contribution to building the criteria of academic excellence.

The detailed methodology and full results of ShanghaiRanking’s Global Ranking of Academic Subjects 2022 can be viewed on our official website www.shanghairanking.com/rankings/gras/2022.

Contact us at pr@shanghairanking.com for queries about the ranking details.