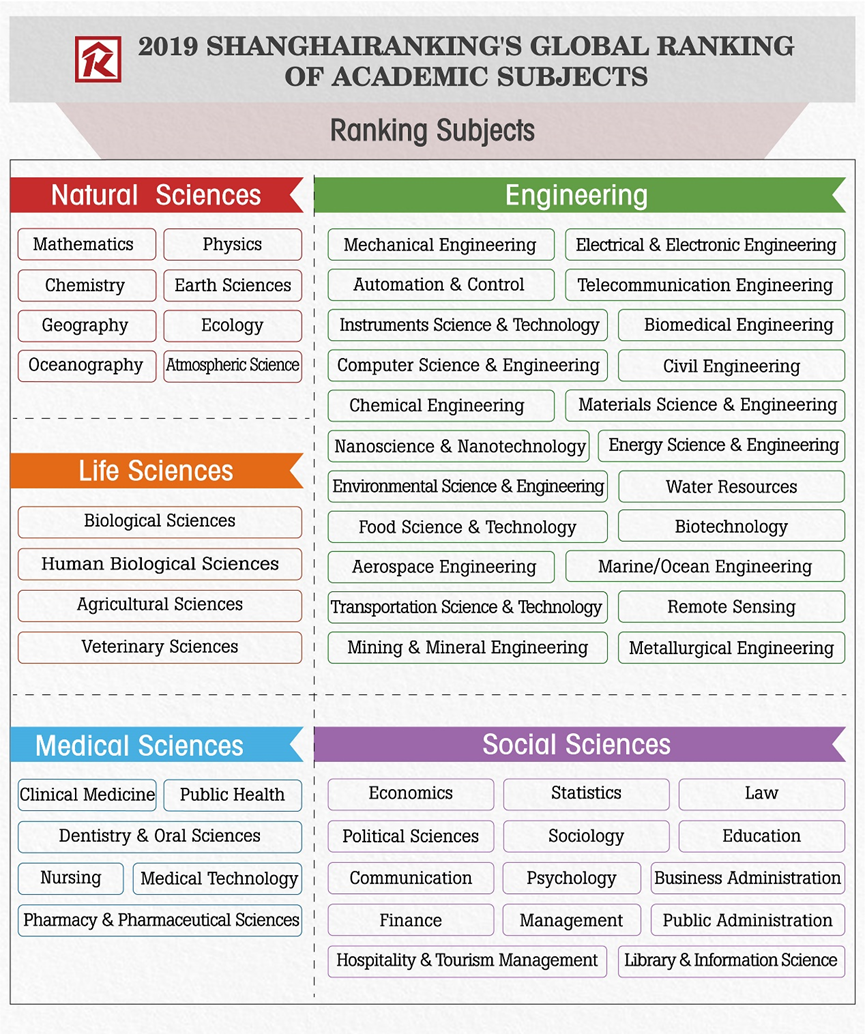 The NO.1 universities ranked in each subject are shown below. Universities from the United States take top positions in 35 subjects, Chinese universities dominate 11 subjects. The best performing institution is Harvard, taking 14 crowns, 7 of which are from Social Sciences subjects, 3 from Medical Sciences, 2 from Life Sciences, and 2 from Engineering. MIT tops 5 subjects, 4 of which are engineering subjects. Other universities who top more than one subject rankings include University of Pennsylvania and University of Colorado at Boulder from the United States and Nanyang Technological University from Singapore.

The subject rankings maintain the use of transparent methodology and third-party data. Ranking indicators include those measures of research productivity, research quality, extent of international collaboration, research with top quality, and the highest academic recognitions. The bibliometric data are from Web of Science and InCites database produced by Clarivate Analytics. Academic award is a featured indicator of ShanghaiRanking's global rankings. In GRAS 2019, 26 awards identified by professors from world's Top 100 universities through Academic Excellence Survey are used, which cover 23 ranked subjects. The Academic Excellence Survey also generates 134 top journals in 45 subjects, and 17 top academic conferences in Computer Science & Engineering. We would like to take this opportunity to thank those scholars who complete the survey for their significant contribution on building the criteria of academic excellence.

The detailed methodology and full results of ShanghaiRanking's Global Ranking of Academic Subjects 2019 can be viewed on our official website www.shanghairanking.com/rankings/gras/2019.