ShanghaiRanking's Global Ranking of Sport Science Schools and Departments is announced today. University of Copenhagen in Denmark is ranked No.1 in the world, followed by Norwegian School of Sport Sciences and Deakin University in Australia. 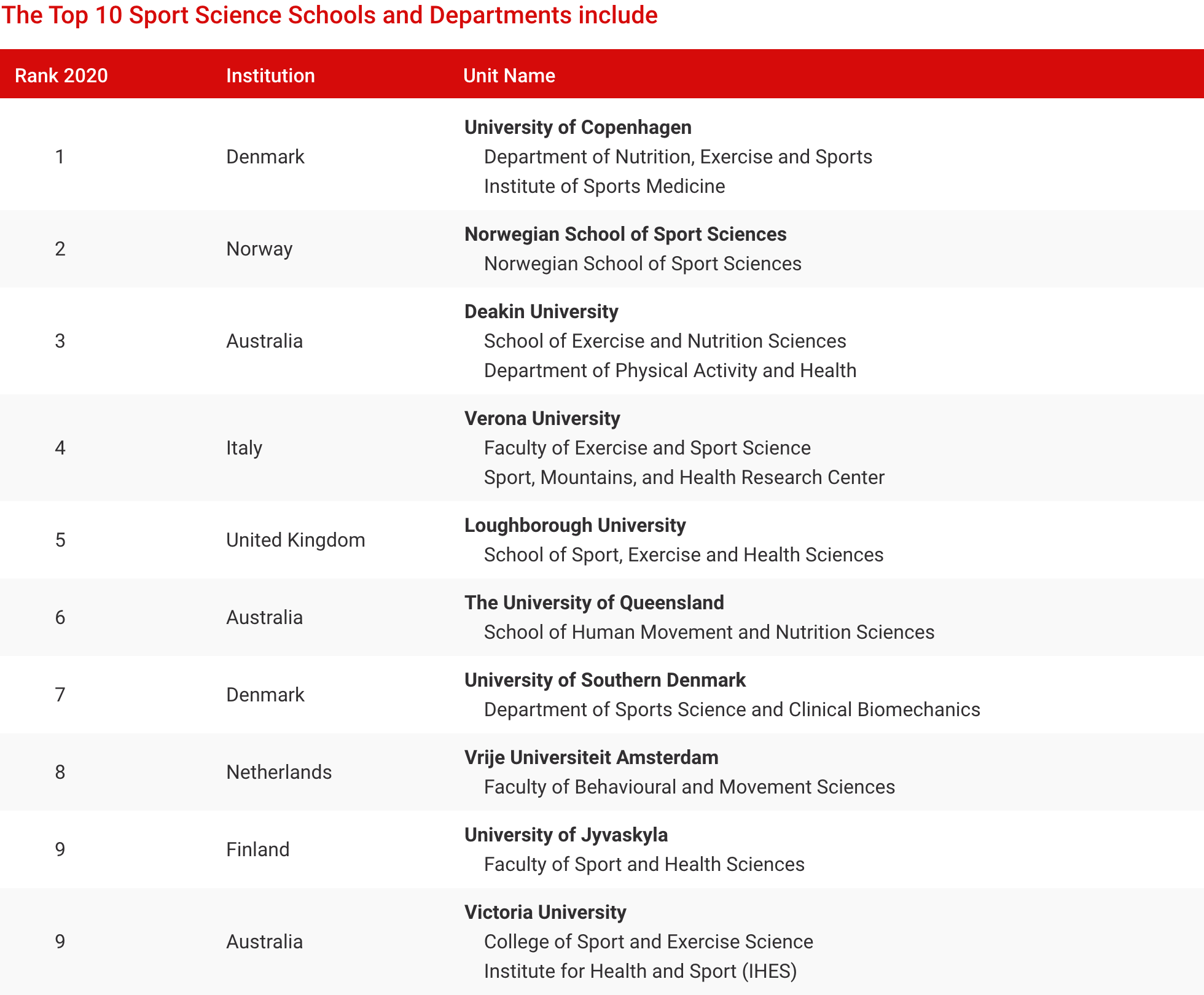 In 2016, ShanghaiRanking published this ranking for the first time, adopting a unique methodology highlighting the performance of more than 300 universities with sport-related units. This ranking allows sport-related institutions and units to compare with similar peers other than with multi-disciplinary universities in a certain subject. Top 300 universities are listed based on the measurement of publication, citation, citations per publication, top 25% journals publications, and internationally collaborated publications. The bibliometric data is collected from Web of Science database with a time window of five years.

For full result of the ranking, please visit www.shanghairanking.com/rankings/grsssd/2020.